Aly & AJ recently had a photoshoot and interview with Playboy. The gallery has been updated with gorgeous pictures from the photoshoot. Check out AJ’s solo shots at AJ Michalka Fan & read the interview below.


So, it’s been three years since your last new music, which was under your then-name 78Violet. What’s the journey been like?
AJ: It’s kind of interesting. I don’t really count the three years as the journey from rehabilitating our music. For us, we’ve made a record under a different band name. We were a little bit gun shy about going back to Aly and AJ and I just feel like we got past that. We released one single under that name, the song called “Hothouse,” which still is close to my heart. I love the song, but it just doesn’t represent who we are. I really look at this as a 10 year reunion to our music and just finding the passion again and the love for writing and for performing.

And those three years between 78Violet and becoming Aly and AJ again definitely helped define our music, but I really think it has been this 10 year span just for me singing music under Aly and AJ that has been the most significant and it mattered the most, in regards to building a repertoire of music and just growing as adults and entering this industry again not as a teen or a tween, which last time we were really doing this we were really young. So, whole new perspective, fresh eyes, and hopefully the growth of who we are as people as well as what we do professionally.

This is your first record outside the Hollywood Records-Disney ecosystem. How do you think you’ve grown or changed?
AJ: Gosh, in a lot of ways. I think how can you not after 10 years? Aly’s gotten married. We no longer live together. We’ve made film. We produced it, we starred in it, we raised the money for it. I mean, we’ve done a lot in a short amount of time that I look back on and go “Wow, for our age, we’ve been really tenacious”, you know? If we say we’re set out to do something, we do it and the music was kind of the last hurrah.

We were really kind of gun shy to get back into it. We just lost the love a little bit, you know, we had experienced so much as kids and I kind of feel like we learned a lot about the industry that put a little bit of a bad taste in our mouth, whether it was a couple of people we worked with or whether it was just trying to find the right inspiration or what have you. I just feel like we’re back on track with who we are as musicians and I think we had found that as actors and as performers before we had found it as musicians again. So, this is the time that felt right and here we are. I just think we’ve learned a ton in regards to relationships and just how we view the world and how we look at politics and religion and so many things that we wouldn’t have talked about 10 years ago.

ALY: I think that’s a really good point that AJ makes. I think that the largest change is just been, hopefully at this point, right, left, and wisdom really. And that now we have come to a place where we have more knowledge and in so many different things, not just in the music world, but in our own personal lives.

So, you made reference to changing your attitudes about faith earlier and, obviously in the past, you’ve been very open about your Christianity. I’m wondering how your relationship to your religion has changed and what that’s like?
ALY: I think that our relationship to our religion hasn’t changed as in our beliefs. I think that, for us if anything, our minds have been opened by the people that have tried forward this generation in loving people for who they are. Within religion there’s a lot of prejudice and I think AJ and I, thankfully, never ended up growing up around something like that, but we definitely saw friends that did, just because of the church that we went to and we always wanted to make sure that we weren’t those types of people, that we could love people unconditionally and not judge them. I think that’s the hardest thing about religion, is that people use religion as a way to judge other people, but I think that that kind of defeats the whole purpose, unfortunately, of loving your neighbor as you would yourself.

So, I don’t think our beliefs have necessarily changed, I just think that our love for people has grown and it’s funny. We definitely are liberals. There’s no question about that.

Obviously, you guys are appearing in Playboy, which has traditionally found itself at odds with the religious crowd at times. Is there any, sort of, squaring that you have to do with your faith there or is it all just like “This is my career and this is my personal life and they’re separate”?
AJ: Yeah, I think it’s separate. I think that our personal life is our personal and our career is where we’re going to be creative and make certain choices. I do think that we will be always held accountable for what we put out into the world and I think that that’s just under the territory of being in the industry, but I do think we’re adults. We’re not 16 years old.

ALY: And were going to make choices in regards to how we want to dress in a video or we write a song or whatever it may be. So, I think that people can be really hard on people and I think that’s when it starts to take things away from creating. And if you can let those things not affect you, then that’s awesome, but I think a lot of times when you’re a young artist, those comments really weigh on you. I think that they did a little bit when we were younger. I don’t think that we got the backlash like some of the other Disney artists and just young childhood actors from the past, but we definitely felt that judgment for sure.

You guys have been professional entertainers from a very young age. Is there some aspect of childhood you wished could have been different or something you feel like you missed?
AJ: You sort of question certain things like going to college, not being homeschooled during high school. I mean, a lot of times I just get over it. I mean, we’ve been so lucky to grow up in an industry where it’s like how many people are experiencing life on the road and being on a film set and traveling the world and getting to know great actors and mentors and learn about film and TV and the behind the scenes work of a crew and what it takes to make a film or a show. I mean, it’s just I’ve learned so much that I forget now to doubt what I haven’t experienced and I’m okay with that. I wouldn’t trade the childhood we had because, A. It was normal to me, even though, in hindsight, it’s not normal. It felt normal and I think we maintained a pretty normal healthy attitude towards what we did. And B. I just wouldn’t trade it, the experience that we had and the growth we’ve had.

I don’t think I’d be the person I am today. So, not to say college isn’t great. That would be an amazing experience and something I would actually like to re-visit, the idea of taking online courses or something, but we were blessed enough to know exactly what we wanted to do and our careers were able to just continue in a way that we never needed to take a break from our careers due to financial struggles or whatever. We were just able to maintain a steady career and work ethic. So, pretty lucky.

The Conversation: Nancy Wilson of Heart and Aly & AJ 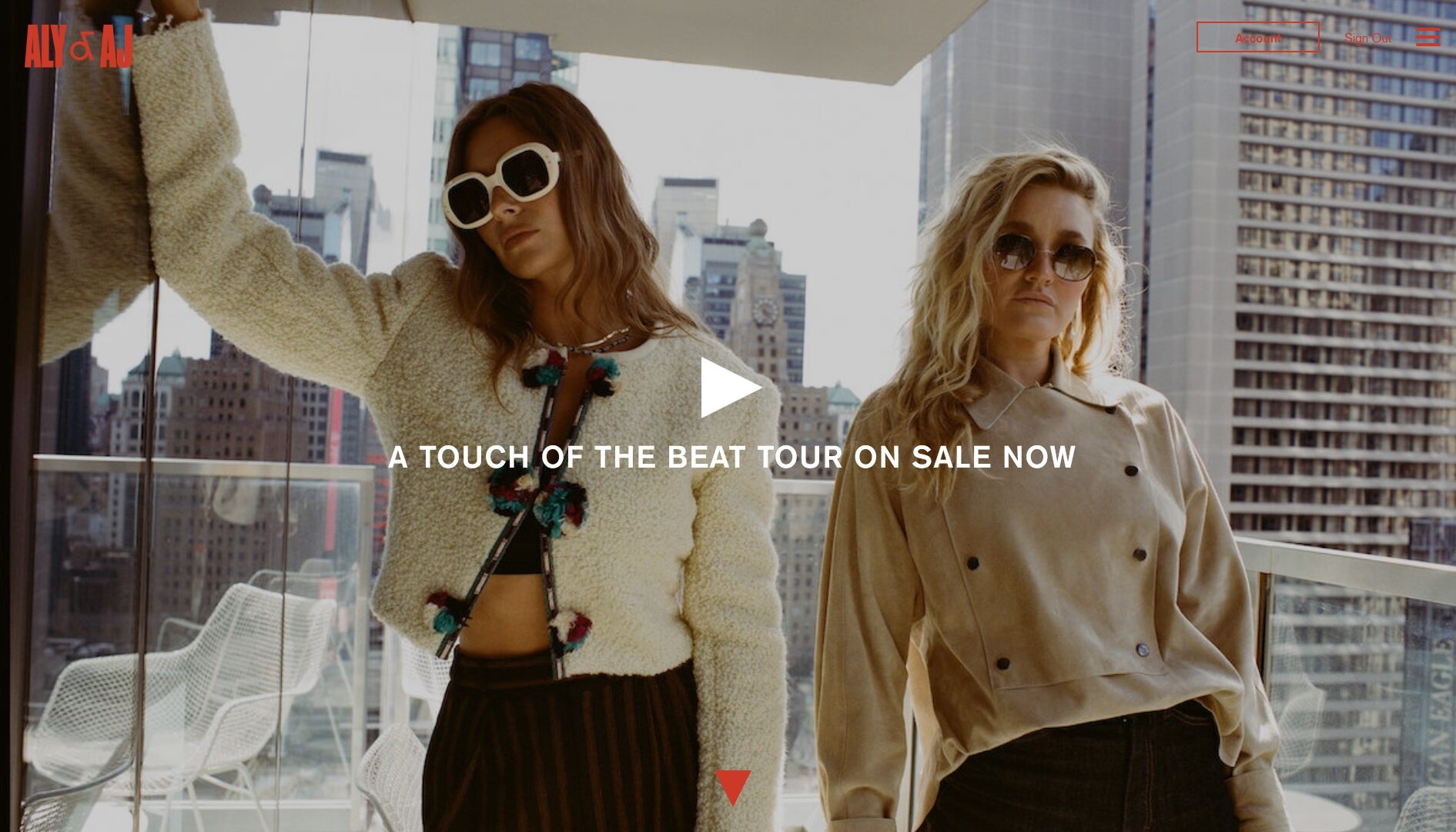